Before reading any further into this page, please understand that Suitcats is a continuously developing platform and ideas seen here may be altered or new ones added in the future. We have our service available for use at The Terminal. If you want to see a new feature available, join our Discord server and suggest it. If you have feedback, join the Discord and give it. If you have any criticism or find any bugs, join the Discord and give it. You get the point.

Unlike other projects' whitepapers, I'm not going to make this unnecessarily long or use complicated words. I'll try to keep things as simple and transparent as possible because fuck hyping up shit just to rip off potential minters. 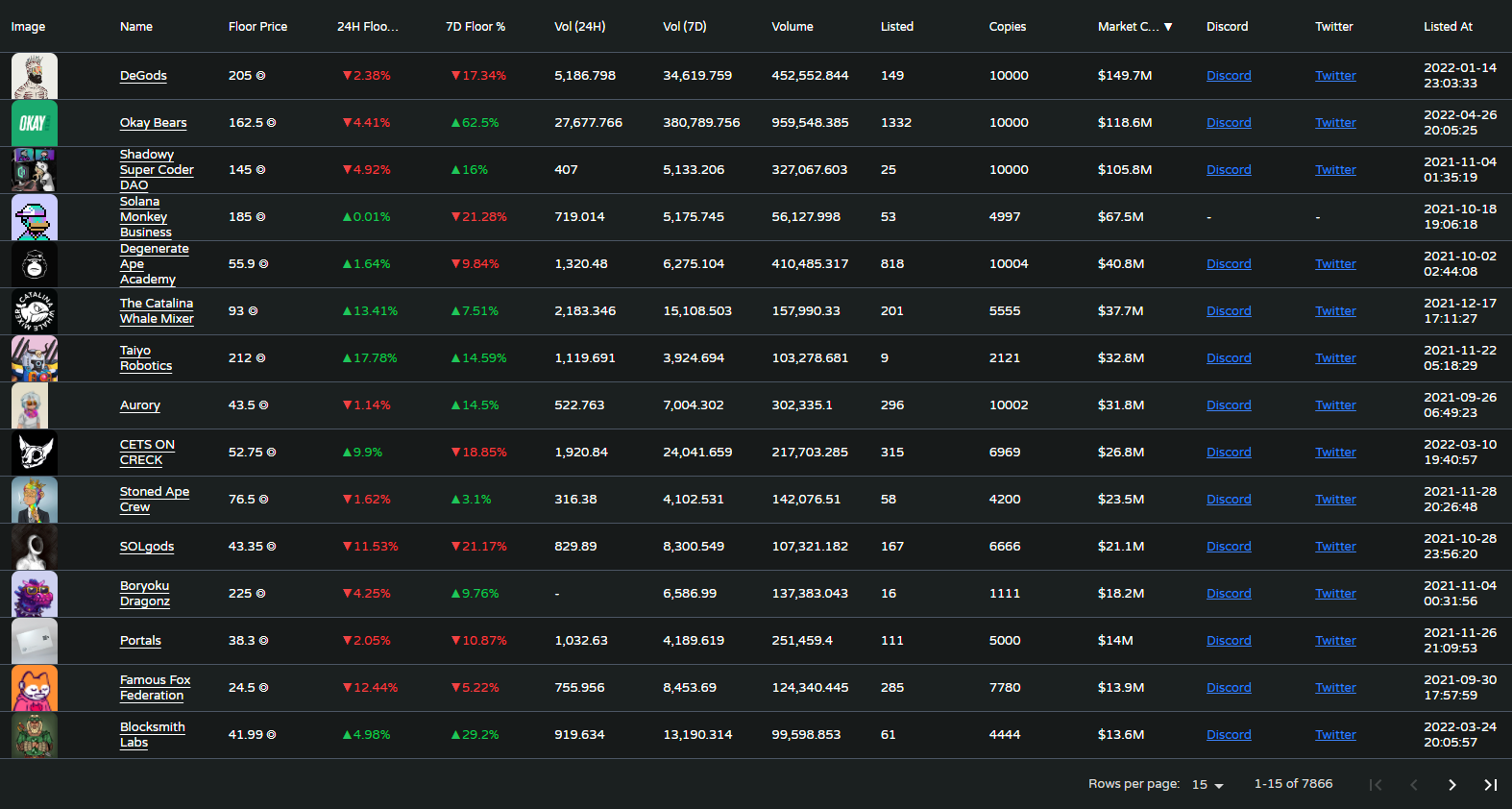 Solana has seen great success in its NFT ecosystem, seeing over 8000 NFT collections created and giving rise to $100M+ giants such as Okay Bears and DeGods.

We've seen the creation of many utility projects during the evolution of the space. Few of the examples include:

However, and even with all these utilities and established communities related to them, it's still hard to track the space.

Let's say for example that you wanted to monitor ALL EXISTING NFT collections simultaneously for discounted deals. Where would you go to for that? Currently there's just sniping bots that target one collection at a time, and perhaps you don't even want to automate the purchasing of the NFT but be notified of the deal instead!

How about tracking your portfolio? What if you wanted to know what NFTs you owned during a specific day in the past? Or if you wanted your chart automatically tracked to monitor your progress?

Here's another idea, there's platforms out there dedicated to verifiying the identity of project owners (DOXXING). What if we wanted to do the opposite and instead announce potential rugpull indicators for projects that we research? It's safer to be avoidant, than to engage in a project after all.

How about if you want to monitor the pace of mints? Or rather just monitor current active mints by a % change of minted quantity in the last minute or so?

As things stand right now, these features haven't been created yet. Which presents us ultimately with the problem we're solving: Lack of Information.

Suitcats is an information platform that provides a wide variety of NFT information features to NFT enthusiasts of the Solana space. We track on-chain data, data from marketplaces and engagement from the community to provide you with a unique and useful platform.

Our mission at Suitcats is to continually build a platform that bridges the gap between you (the NFT enthusiast) and tracked data (processed into information). The more we do this, the more in-tuned our users will be with the NFT ecosystem and will be more capable of making wise decisions that can eventually lead them into making profit. Yes, data can and absolutely does help people make $ in this NFT space. 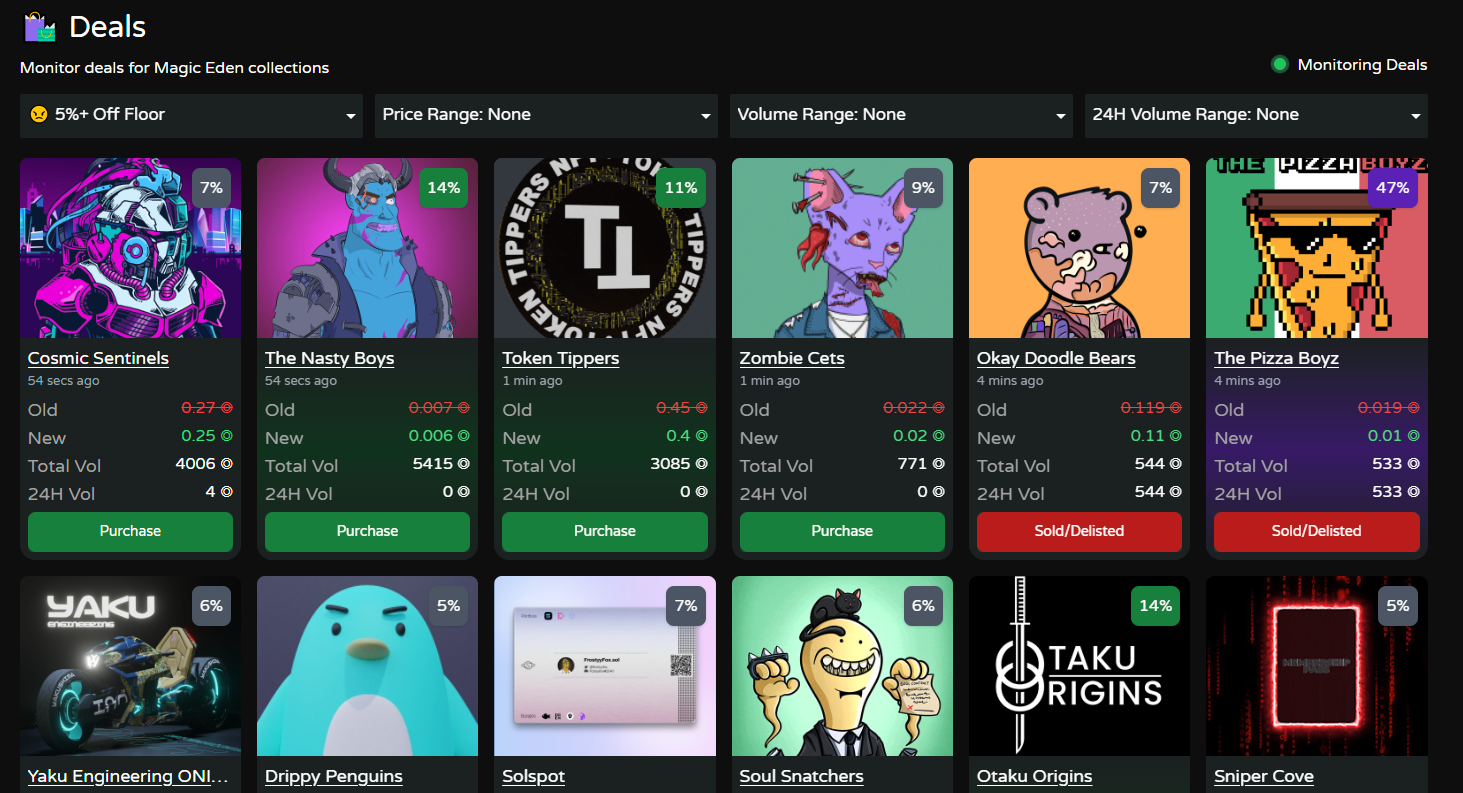 The idea of Suitcats is different from other projects in several regards but let's begin with the name itself.

Suitcats as a name was chosen because of the stealth and intelligence that cats possess. Cats are cunning hunters but they're also careful and calculated in their approach. They are not "degenerate" in the sense like apes or monkeys are, but are more calm and calculated instead. That's the mission behind Suitcats: Let's form a platform and a community that'll give you the ability to turn into a stealthier investor. 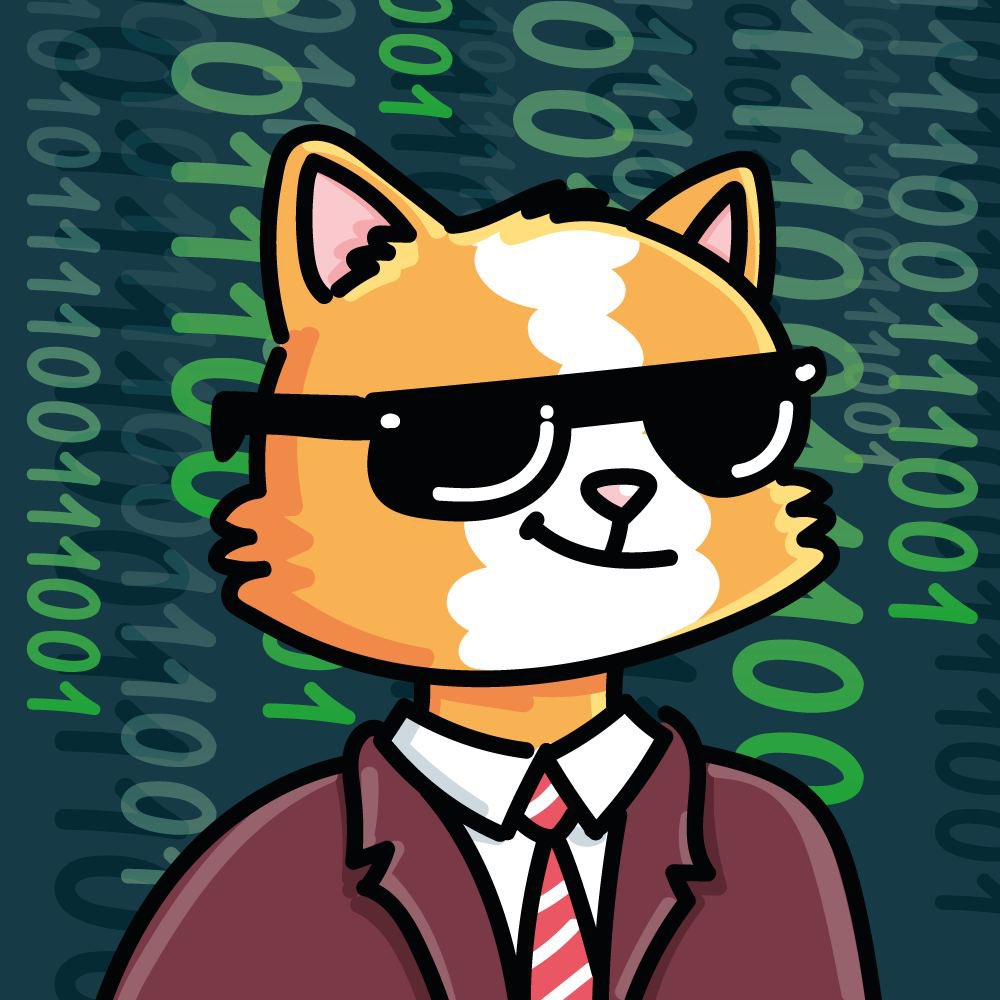 The true innovation not mentioned however, is the fact we're willing to take a stride and bringing out unique features not seen elsewhere. We're fresh, we're new, we're unique and we know it.

These will be our initial innovations for now, as we continue to take in feedback from the community and progressively add features to the platform. Suitcats to me (the developer and owner) is a visionary project, I want it to be elite and recognized, innovative and modern, utilized and loved by everyone that knows about it.

This stage of the whitepaper is concerned with the creation and establishment of our Service, Community and Branding.

At first, we will set out to form a small community of BETA testers from several DAOs and on Twitter to test the initial state of the service, suggest addition of new features and provide feedback to us regarding bugs (approximately ~100 members to begin with). After we are confident that our service is functional and without any prevalent issues that could be of concern, we move on to the second part: Growth.

At this point our service will be good for public usability, so we will begin collaborating with more DAOs, Twitter communities and engaging in other advertisement campaigns to grow our userbase and platform. We will distribute Whitelist spots to members from these communities and engage with them just as we did with our OGs. We will still continue to ask for and act on feedback given to us by the members of the community, updating and polishing the service and the Discord server. At this point the foundations of our service have been laid and the service and community has been established to a good enough point that we can prepare for one of the final stages of formation, which is Minting.

Now we'd finalize our whitelist spots, announce mint details and constantly keep the community aware of scam attempts that'll happen closer to mint date. Our service will continue to function same as it has previously up until the mint Date. After the mint, our service will be switched to holder only mode where only holders of a Suitcat will be allowed access.

We expect following the mint day many new faces and community members that are either flippers or first time users of the service, which will most likely bring us fresh feedback and suggestions to add onto the website. Therefore it brings us to the next stage: The Renovation.

Our focus during the first week after mint will almost entirely be directed at feedback and deploying immediately available improvements that will not take us too long to push out to our cats. After this period, we will slowly work on improving the community and forming a concise group of alpha hunters/members. Really, at this point we'll start to shift our attention more towards the Discord-utility side of things.

At some point we're going to be releasing our biggest update: Complete Portfolio Tracking. You'll be able to view snapshots of your inventory, know which NFTs you owned at anytime since the beginning of Solana, view your profit/loss charts, view other users' complete portfolios easily and more. This will be a game changer, and I'm so fucking excited just thinking about it right now knowing how unique of an execution it will be and how useful it'll be in the hands of our cats.

Unlike other projects, let me make one thing clear right now.

We're not going to release meta announcements, aka announcements that say "we'll announce something cool on day X" that causes people to degenerately ape into an NFT expecting quick flips. Fuck that, we wanna be organic and professional throughout the whole process. Screw the whole hype pressure shit, we'll pour effort into the project and satisfy most of our cats, but we'll not kneel down to the fuckers that expect an announcement everyday to fix their bags whenever the NFT is down 5% on the daily.

We know people want value, we know they wanna make profit, and we know they're going to be putting their hard earned money into our project. We understand the need for adding value to the project, and we WILL. But we're going to do it in our own way, and the organic way.

But what happens afterwards... is The Future.